How do the industries we interact with on a daily basis fare for cyber security? 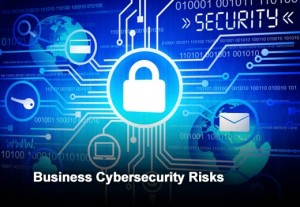 In a recent slideshow from ITBusinessEdge, four sectors get their grades from SurfWatch labs. Grades are determined by analyzing both positive and negative cyber events in a given month.

In this sector, Move, Inc (realtor.com), American Express and Citigroup had the most negative events.  Move, Inc, had a DDos attack, Amex had two data breaches and Citi failed a Federal Reserve stress test. About half of the negative activity was from malware like the Zeus Trojan, and newer malware types such as Soraya, Dyreza, Dyre and VAWTRAK. Compromising login accounts and network integrity to use as part of a current or a future attack was the main target. Second to that

The top three companies getting hit in June were Taboola, Reuters and P.F. Chang.  Taboola (an ad network company) underwent a phishing attack, Reuters was got hit the Syrian Electronic Army (through the Taboola), and P.F. Chang’s had credit card information stolen through the POS system. Unauthorized access, network attacks and malware were the most often used methods of attack.

The Brazilian government and federal police related to the World Cup events were the top targets. In Ukraine, the presidential election was hit by hackers trying to modify results. , though the malware was identified and stopped from running its operations.